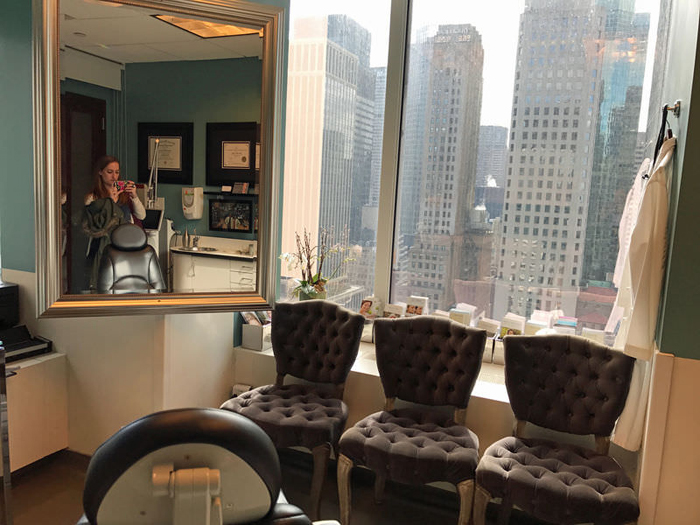 When I was about 15, my parents called me into their room and sat me down.

“Melissa, we just wanted to let you know that if you ever wanted a nose job, your mother and I would pay for it,” my dad said.

For the record, I’m Jewish, but between my god-awful acne and four-year-long relationship with a full set of braces, I had never considered my nose to be a problem. I did, and still do, love my nose. It’s a bit on the bigger side, but I like to think that its angularity gives me character, and is even — dare I say — kind of cute. 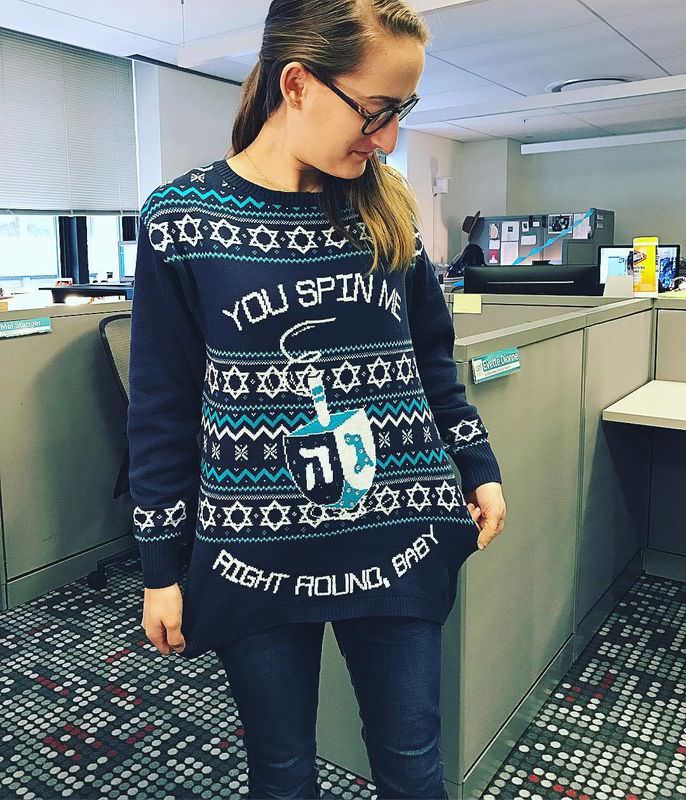 Plastic surgery has never been something I’ve ever wanted, or felt I needed. Usually fluctuating between a size 0 and 2, I’m also not someone that society would look at and say, Oh yes, she could definitely use [fill-in-the-blank] procedure. But for some reason, society looks at other women — bigger women — and makes those kinds of calls for them. Someone get that girl some lipo; someone give her a tummy tuck; someone put her under the knife.

Let me clarify by saying that I’m not anti-cosmetic surgery at all; I think every person should decide for themselves what they want to do (or not do) in order to be happy with the way that they look. But I did want to prove that no matter what you look like, whether you’re a size 2 or a size 22, someone somewhere will find fault with your body.

So, in a fit of masochism, I decided to have the experts — a couple of plastic surgeons — look me over and tell me what was “wrong” with my body.

My first consult was with Dr. Joshua Zuckerman. When the elevator opened up to his midtown Manhattan office, this was the first thing to greet me. I must be in the right place, I thought. I sat down with Dr. Zuckerman who, right away, said that his approach to plastic surgery isn’t to point out every single perceived flaw a patient might have.

“Ah,” I said, trying to hide my disappointment.

“They almost always come for a specific problem,” Dr. Zuckerman said. “It’s almost never, ‘hey, what’s wrong with me, come and fix me.'” That’s just not the way he does it, he said, and neither do most plastic surgeons. He won’t tell patients what’s “wrong” with their bodies; it all depends on what they want to fix.

“If I get cornered at a bar by one of my wife’s friends like, ‘look at my face, what would you to do me?’ I mean, if they really want to know, I can look at somebody’s face,” he said.

He looked at my own face. “I mean, I could look at you and, what, you’re probably late twenties?” he guessed. I am, I told him. “That’s the age at which a lot of people start to do some facial injectables or a little laser resurfacing or things like that — a little Botox to the forehead,” he said. “You have a few minimal lines in your forehead — raise your eyebrows for me — yeah, minimal, but it’s the sort of thing where, if you care,” he said cautiously, “Botox would probably smooth most of that out.”

“In terms of the rest of you,” he continued, “I mean, there’s not much; you could always fill out these cheeks a little bit — you’re a little flat in the mid-face here, but not in an unattractive way. That’s the way the face ages, over time — it all falls down.”

“What about my nose?” I asked him, as I told him about my parents’ offer from when I was a teenager. Dr. Zuckerman had me turn to the side.

“Could I do something about your nose? Yeah, sure,” he said, but assured me that my nose was perfectly “anatomically normal,” and doesn’t need fixing.

Like with any kind of cosmetic procedure, he said, “it’s just a matter of do you like it or not, are you happy with it or not, do you want to make a change?” Plastic surgery for some people, he said, is “like getting your hair done, where you’re going to spend a certain amount of money every few weeks or months — I try to compare it like that, where if you want to continue having the effect, you have to keep doing it.”

“It’s just a part of their routine, how they keep themselves looking the way they want to look; it’s part of what makes them happy about their appearance,” he said, but noted that he’s not the one who can make his patients feel good about their bodies.

My next consult was with Dr. David Shafer, just a few blocks away. His office reminded me of my regular doctor’s office… minus all the injectables ads. When I asked Dr. Shafer about the fix-all-of-me approach, his answer was pretty similar to Dr. Zuckerman’s.

“When my patients come in, they’re coming in for a specific thing — or sometimes they’ll come in and say, ‘Dr. Shafer, what should I get done?’” the plastic surgeon and RealSelf contributor said. “And then we kind of go through what bothers them [about their appearance], and then I’ll go through and talk to them about things that can be done.”

What he would never do, he said, is look a patient over and say, “Oh, that’s got to go.”

“So then if I were to come in as a patient and point out my ‘problem areas,’ what would you suggest I do to fix them?” I asked.

Dr. Shafer asked me to show him which areas I considered “problem areas,” and I gestured to my belly, hips, and thighs, which I still sometimes get self-conscious about.

“I mean, it doesn’t look like a big problem. There’s a little fat here,” he said, gesturing to my belly, “but when we do liposuction we don’t take out ALL the fat – you need a thin layer of fat under the skin.”

“One thing that people don’t appreciate is this area right here, there’s fat right here,” he said, pointing to my sides. “You’re a little square right in here, and so by doing liposuction here and here, we can give you more of an hourglass shape, but it really depends if that’s what you’re looking for.”

“And then a lot of people like to see their hip bones right here, and so just by liposuctioning a little bit, you’ll get some contour there,” Dr. Shafer continued. “And then the other thing people don’t think of is the lower back. So by scooping this out a little bit it’ll give you more of this nice shape around the body, and it also enhances the butt. And then you can take all that fat that we just took out, put it in the butt, and you just get a little more. But for someone like you, you would be a good liposuction candidate, but you wouldn’t be a good tummy tuck candidate.”

Some people also opt for liposuction around the knees, which is another area where fat can accumulate, he said. “You don’t have that; you’re nice and thin and in good shape, but some people do.” When I told my friends what I’d be doing for this article, some expressed concern. “Are you really going to have a couple of plastic surgeons nitpick your body in the name of journalism?” they asked. But as I headed back to the office after my two consultations, I didn’t feel picked apart. In fact, I felt more certain that my body is mine, and while I may never want or “need” plastic surgery, I don’t begrudge those who do opt for these kinds of procedures.

I’m sure there are even some women out there with bodies like mine or noses like mine who would like nothing better than a little lipo, a couple of implants, or a quick rhinoplasty — or who have even been told, by parents or former partners, that this is something they should consider.

There’s always going to be someone out there who finds flaws in the way you look. But whether or not you should change it? Whether or not you decide to love yourself regardless? That’s not something that comes from an operating room.